Your Goals As Waveform: A wave is a DISTURBANCE that propagates through space…

An audio waveform makes a really cool metaphor for your pursuit of all your goals.

A wave is a disturbance that propagates through space, often transferring energy.

That’s a fascinating sentence. A wave is a disturbance. It is an interruption of space. So everything is just perfect until you get an idea that competes with the pre-existing emptiness for your attention. And this disturbance propagates through space, often transferring energy. So now this little disturbance has not only reproduced and spread, but has moved energy.

Energy
The word “energy” comes from the Greek ενεργός (energeia). The compound ενεργός in Epic Greek meant “divine action” or “magical operation.” In a very general sense, everything is energy and energy is everything. If everything is energy, then everything can be expressed in waveform at some level.

Back to waveforms. Waves have a number of characteristics: frequency, wavelength, amplitude, and period. Frequency is the number of times the wave occurs per unit of time. Wavelength is the distance between repeating units of a wave pattern. Amplitude is the amount of the maximum disturbance during one wave cycle. Period is the amount of time it takes to complete one full revolution. 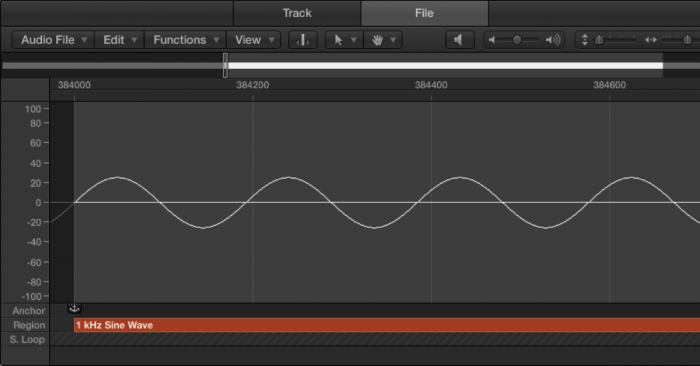 How can we express intention as waveform?

Amplitude refers to the intensity of your intentions. How bad do you want them to become manifest? To what degree are you willing to disturb the universe to achieve your goals?

Amplitude can be constant or may vary with time. The variation of amplitude is called the envelope. In music theory, an envelope of a sound is its variation in amplitude over time, characterized by the attack, decay, sustain, and release of the sound. 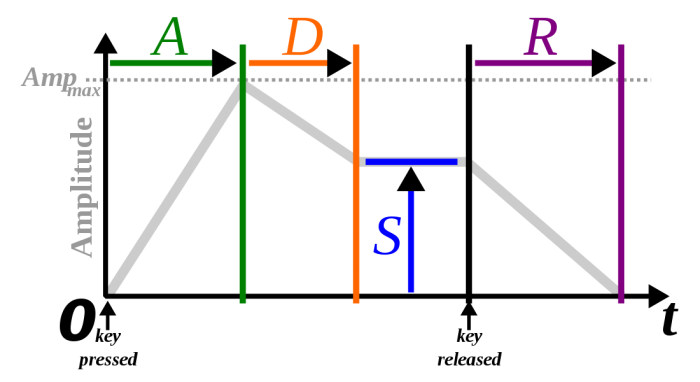 Attack: How quickly the sound reaches full volume after the sound is activated. Attack can signify your initial excitement and motivation. With what speed and force do you attack your goals?

Decay: How quickly the sound reduces in volume after the initial peak. Most people lose their initial motivation rather quickly. And this can be a good thing. If you went after every single dream that arises in your imagination equally, you probably wouldn’t achieve any of them. But how far are you willing to let your motivation fall? What speed and level of diminishing force is acceptable to the fulfillment of your dreams?

Sustain: The “constant” volume that the sound takes after decay until the note is released. What is the ideal intensity level required to manifest your intentions?

Release: How quickly the sound fades after the end of the note. First of all, you must know when to release. How will you know when your goal is complete? What specific evidence will show you that you can let go?

Waveform period is the inverse of frequency. So if frequency is one expression per hour, then the period would have to be one hour per expression, right? Not quite. If only the crest of the wave is the expression of your intention and the cycle takes an hour, then the peak expression would be rather short, perhaps 15 minutes, with time to lead in to the actual expression and time to cool down.

Perhaps a better way to think of period is in terms of energy commitment. Waveforms have crests and troughs, or highs and lows. What is the commitment required to manifest your intentions? Are the crests equal to hours, days, weeks, or years? A goal of optimal health can have crests at every meal, crests a few times a week when you exercise, and crests every month to review your progress. Writing a new piece of music can consist of 3 2-hour long crests over 24 hours. Managing your finances can be a daily crest of 15 minutes for the rest of your working life. Get the picture?

Constructive wave interference are when two waves join, matching both peaks and valleys. The result is a wave exactly twice the strength of the original two waves–increased amplitude. Destructive wave interference is when two waves join, matching valleys to peaks and peaks to valleys. The result is the waves cancel each other out–neutrality and balance.

Constructive wave interference in the individual is when two intentions come together in support of each other. A cross-training of intentions that becomes a gestalt, the sum being more than the parts. This is a good thing. Constructive wave interference in the collective is when two or more people come together with the same intention and create a mastermind; a coordination of knowledge and effort, in a spirit of harmony, between two or more people, for the attainment of a definite purpose. This is also a good thing.

It’s the same with destructive wave interference in the collective. Neutralize negative intentions with positive ones. But that alone doesn’t manifest anything positive. It only neutralizes.

The bottom line is to become aware of your intentions on many different levels. How do you see them manifesting and manifested in the world? Be as pure as a sine wave with your intentions and your path will be clear and full of harmony. 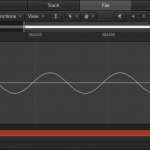 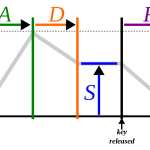